Today marks the birth of Richard Lee Norton in Norfolk, England, my great great grandfather. His father Jeremiah Norton was a shipwright who likely was away from home for months at a time, and his mother Elizabeth Sharp kept the house running. The family lived in Kings Lyn, Norfolk but also seem to have connections to Great Yarmouth where many baptisms took place.

Richard was not baptized until he was 10!

The records of his shipping career have been hard to find and that is likely how he ended up marrying a Canadian girl. In 1854 at St. Andrew’s Church he was joined in marriage to Hannah Pozer Jeffrey and they made Canada his home.

Between 1854-1877 they had eight children, their second oldest Thomas Lee Norton’s baptism in 1857 refers to Richard’s livelihood, stating he was a Captain of the steamer Montmorenci.

Richard’s life appears to be fairly uneventful as I have not found an abundance of records of the family in Canada other than the usual baptism of children, census records (except 1881), and if a photograph of Richard exists I have yet to find it. Only one of Richard’s children predeceased him, Alfred in 1879.

In 1893 at the age of 74 Richard passed away, his obituary was in the Quebec Morning Chronicle 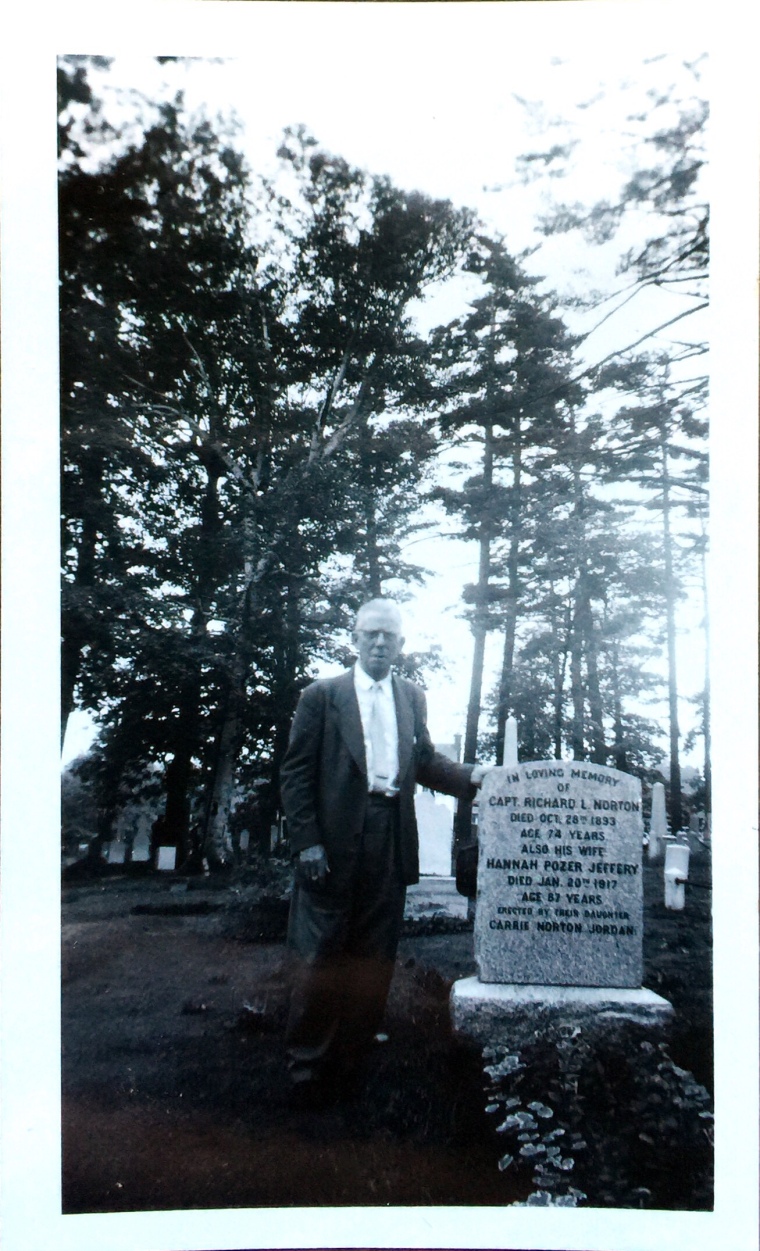 My most burning question about Richard is his career, I have checked Lloyd’s Register for Ship Captains, as well sent emails to many places for mariners records in Canada, I am unsure of why he is not mentioned at all.

An overview of Richard’s siblings.

Richard had five full siblings and one 1/2 sibling, I hope to be able to connect with descendants of them all.

1) William Jeremiah Norton b.1806 in Kings Lyn, Norfolk.
2) Mary Ann Norton b.1811
3) Lee Thomas Norton b.1816 worked as a Mariner, moved to London and married Rebbecca Garrard and later Mary Boughton. As far as we know he never had children.
4) Martha Norton b.1822 married Robert Brock and lived in Lower Clapton, Middlesex. She had 4 children and died in 1877.
5) Edward Norton b.1825 first went to sea in 1839 as a boy. He is 5″3′, dark brown hair and hazel eyes. He also has for marks – EN on right arm. Has not served in the Royal Navy but has been in foreign service. When unemployed resides in London according to records. (from his mariner record)

His 1/2 sibling Samuel Wright’s family ended up in Australia and DNA has reconnected us!

My hope is to get to Kings Lyn and Great Yarmouth in the future to explore the areas where my Nortons lived.