Digging into the family tree often leads to more questions than answers. This time I found the answer.

Long before Library and Archives Canada started adding their WWI soldier files online I was systematically ordering the records of family members. (On a side note these records are a treasure and the fact that they are going online for free is is a true gift to family historians).

My family was a very patriotic bunch and I have an archival box dedicated to the 30 plus military files I have collected on my relatives.

Back to the subject at hand. After having collected the service files for my close relatives I started on cousins. George Norton was on the list, having located his service file I proceeded to order the record. After weeks of waiting it arrived in a large envelope in the mail. Dissecting WWI service files is a little tricky but Glenn Wright’s book – Canadians at War 1914-1919, A Research Guide to World War One Service Records is endlessly helpful for gleaning all you can from these records.

George stated that he was his mother’s sole support and that he had two other brothers serving in the military.

The last line states that he has two other brothers in active service. What? Two brothers? I knew of one brother but not a second. I went back to my tree to try and see what I had missed. George did have two brothers Ernest, whose WWI file I already had and a brother Robert who was born in 1906. Robert would have been too young to serve, so did I miss a child in my research? A look through the records I had collected and I didn’t think so. Maybe George was telling tales? I left it alone, not sure I could solve it.

Newspapers to the rescue. I found this article in The Gazette for Montreal and it mentions George and TWO brothers!

How did I miss Alfred? Well, Alfred was not their brother! He was their cousin, but obviously, he was raised and thought of like a brother.

Alfred does have a sad story. Four of his siblings died in infancy, his mother died when he was 10 years old, and he and his remaining siblings were farmed out to different households.

It seems Alfred was raised by his uncle George R. Norton and wife Sarah Arnold and raised in Montreal. He obviously was one of the family.

Another news clipping recently located in The Gazette tells of a tragic end for his father Thomas Norton’s life. Thomas was working in lumber camps and ended up with frostbite, losing one foot, and gangrene attacking the other one in 1926. Alfred had to make a statement to the police upon Thomas’ death, this statement, as well as the coroner’s report, was published in the paper.

And although Alfred was a fantastic soldier earning the Miltary Cross his life came to a quick and tragic end. He was working as a doorman at the Montreal Athletic Association when he was found one morning by members. Alfred was just 48 years old, his cause of death was syncope, which is in definition is fainting so not likely his actual cause of death, but sufficient in 1930. Alfred left a widow Elizabeth Johnston and no children.

What have I learned?

Really many things, family sticks together, Alfred was taken in by his Uncle and grew up with his cousins, which led them to consider themselves, brothers. I am comforted knowing that without his real parents, Alfred was in a loving home and well thought of and embraced by his cousins. Most importantly as a family historian, I have learned to take all the information I find and butt it up against what the records are telling me. Any discrepancies could be a clue to a hidden gem.

Yup, even in our families you will find FAKE NEWS! 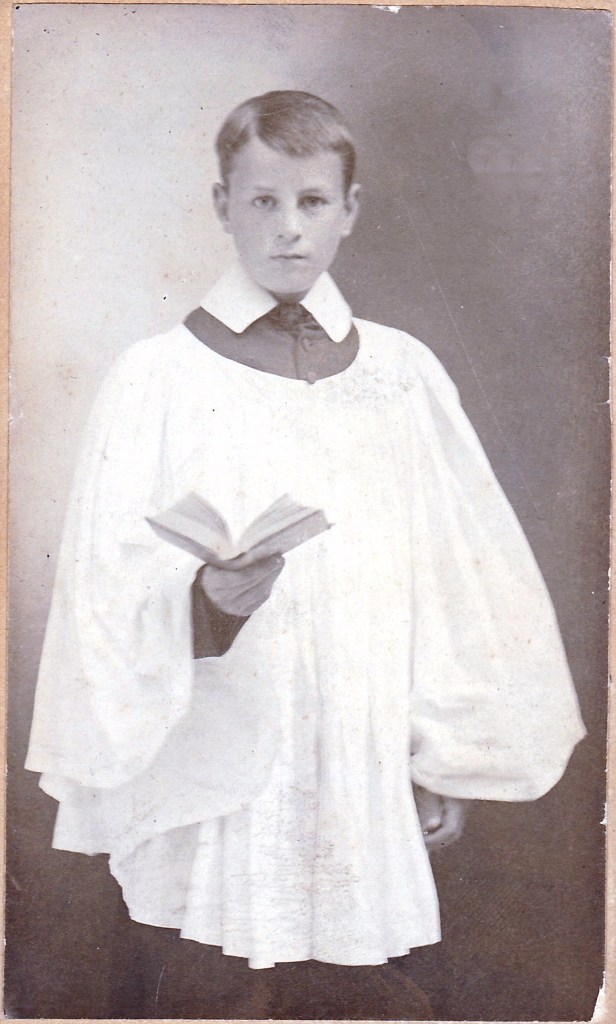 The only photograph I have of Alfred c1900