Yesterday I received a message from a cousin who said he had scanned a few more pictures from his dad’s collection.

I had the time to look at the pictures last night and was surprised to see some military photos.

One picture was from a Musketry School in Montreal taken in 1917. I quickly suspected that my great grandfather Peter Jordan was in the picture on the bottom left. The photo is stamped “9th course Musketry School M.D. 4 Montreal Mar 29, 1917” and the photographer is the Union Photo Company in Montreal. 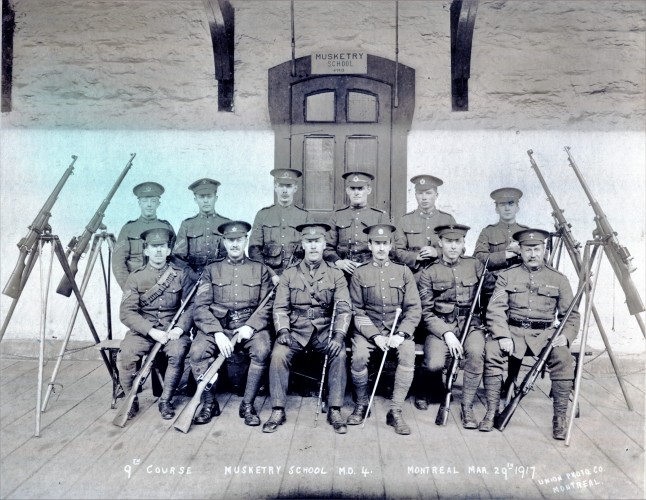 Think I am on the right track.

The other military pictures my cousin scanned are below but I do not recognize anyone in them. The soldiers are possibly Canadian.

One picture has a distinctive statue, and some research has identified the location as Versaille in Paris, France. If you recognize the pictures or anyone in them I would be happy to hear from you.

One thought on “Military Photographs WWI”